No one has committed suicide in England or Wales since 1961

It may seem like the most clickbait of titles but I can assure it is 100% true. Since Summer 1961 not a single person has committed suicide. Yet in 2019 5,691 people took their own lives.

According to statistics from 2016, the United Kingdom is 109th in the World Health Organisation’s rankings of suicide figures out of 189 nations. Records from the Office for National Statistics show that between 1981 and 2019 a staggering 200,711 people ended their own lives. On average, 75% were male. [1]

Mental ill health is responsible for 72 million working days lost and costs £34.9 billion each year. [2] I’ve even spoken about my own mental health and how I survived suicide on national TV.

Given the horrible records, how can anyone claim that no one has committed suicide?
To answer that question we need to go back to the start - or as close as we can. In your mind travel back to 967 AD. Edgar the Peaceful, King of England, has been on the throne for 8 years after the last Viking King flees to the North. He’s a deeply religious fellow and works closely with Dunstan who lead the ‘10th Century Reformation’ as the Archbishop of Canterbury. Dunstan himself would later become a Saint. History records that King Edgar would take a yearly tour of his realm to ensure that his law was being upheld. History seems to remember him favourably.

His laws were recorded in Ecclesiastical history in the Charters of Abingdon Abbey – given his positive connections to the Church and that generally only ‘men of the cloth’ were literate we can imagine why. It was a law in 967 – which I’ve been unable to directly find without a paywall – that King Edgar is perhaps the first to make “self murder” a crime. His law made is clear that anyone who died from suicide would forfeit their estate and lands to the feudal lord which made suicide a felony.

Perhaps it was just a way to make money? A few hundred years later Thomas Aquinas, later a Saint himself, would document his views as scholar and an authority on religion. He felt that the Christian God had created humanity in his image as a gift and therefore killing that gift would be a little bit insulting. The commandments state that “Thou Shalt Not Kill” and so suicide would be a literal breach of the law handed down by god. [3]

It is fascinating how religion and law have become so entwined. This isn’t unique to English history either. The oldest appears to date to 1937 BC in Egypt a tale was being told where a man considering suicide is having a conversation with his soul who fears that suicide will leave the soul lost where “goodness is rejected everywhere”. [4]

With so many cultures and religions angered by the concept, it became enshrined in law on an almost universal scale. In England and Wales it was the Church who had this commandment in their law book which overtime became Common Law. Over the Centuries this has appeared in different ways. Churches would reject burials and certain rites for those who have taken their own lives. In Medieval England, tales of secret midnight secret burials, sometimes at crossroads partly due to the stigma around how the person died. This stigma of shame, embarrassment and humiliation stirred throughout history with many people being refused burial rites following suicide into the 20th Century.

With secret funerals and stigma, entire family members would vanish from history becoming unspoken gaps. Some people felt embarrassed of their familial connection whilst others truly believe that suicide was a sign of demonic possession. The concept of a burial at crossroads seem to stem from the idea that the passing traffic would somehow prevent those evil spirits rising from the grave. [5]

The fear of mental health and suicide is evident whenever you hear the world “asylum” something the horror film industry used inadvertently perpetuating more stigma. In 1914 there were over 100,000 patients in around 120 mental health institutions. The nearest to my home is St Bernard’s Hospital which was previously known as the Middlesex County Lunatic Asylum. Much of it still exists albeit as NHS offices and part of Ealing General Hospital. Like many Asylums, the buildings strike fear looking more like prison than welcoming treatment facility. When you look at facilities like these, leeching fear and discrimination into the community, they seem to mirror the historic feelings towards mental health. It is easy to understand why self-murder was a punitive offence. [5]

Records show that even in the early 1700s, a coroner’s inquest would rule around 90% of suicides finding the victim guilty of felo de se – committing a felony against themselves; suicide. The punishment would be complete forfeit to the Crown. However as the century passed, beliefs moved away from evil spirits towards more medical explanations. Juries ruled the suicides as non compos mentis which meant there was no criminal offence and would allow a simple Christian burial, often at night. [6]

First published in 1759, Adam Smith’s The Theory of Moral Sentiments questions and documents the turning opinion of the times: "If your situation is upon the whole disagreeable... walk forth by all  means. But walk forth without repining; without murmuring or complaining. Walk forth calm, contented, rejoicing, returning thanks to the Gods, who from their infinite bounty, have opened the safe and quiet harbour of death, at all times ready to receive us from the stormy ocean of human life… "
By 1800 over 97% of suicides were ruled in this non-criminal way, acknowledging the person’s long term struggle with what we would call mental health and this continued into the 1900s. [7]

Following the Criminal Justice Act in 1948, probation rather than imprisonment became the norm. There were exceptions. Edward French plead guilty to attempted suicide in 1955 and was sentenced to two years imprisonment because the evidence showed he made a serious sane attempt to end his life. The data for those trying to take their life, attempted suicide, is rather patchy prior to the 1960s. "One reason why so many suicidal attempts fail to reach the ears of the English Police is that it is against medical ethics for a physician to report them" Glanville Williams said. In the years 1952 to 1956 over 1800 people were sentenced to a probation order while 194 were imprisoned. The total number of people convicted of an attempted suicide during this period was 2,922. [7] How many others escaped ‘justice’?

During the Parliamentary Debate for the Suicide Bill in July 1961, the idea of treatment over punishment was endorsed across the political spectrum. Viscount Kilmuir spoke of “medical or therapeutic” treatment while the only documented disagreement was on whether the treatment be made compulsory.

Since the 1950s Asylums, the authoritarian, crumbling and cruel scheme, transitioned into a more supportive and nurturing care in the community scheme. I should note that the care in community isn’t perfect and we are now severely under-resourced when it comes to supporting those who need inpatient or even ‘day care’ support.

A memo from Norman Brook, a Cabinet Secretary to Harold Macmillan from 24th October 1960 notes that there were believed to be 30,000 attempted suicides each year with around 600 being prosecuted and found guilty. “It seems to be the general opinion, both in the medical profession and in the courts, that these people be better dealt with outside the criminal law – as the majority already are.”

After a handful of discussions, often unnoticed in a world occupied with the Cold War, Royal Assent was given at 6:31pm on 3rd August 1961. Within hours a Home Office memo was sent to every Chief Constable that “it will no longer be an offence to commit suicide.”

Suicide rates steadily declined between 1963 and 1975. [8] By the early 1980s, the figures are around 5,700 [1]. Rather than decreasing the value of life, decriminalising suicide decreased the stigma and the rate of suicide by starting to make care and treatment easier to access.

The reason for writing this article is twofold:
Firstly, it is an interesting bit of trivia: that no one has committed suicide since 3rd August 1961 because suicide was no longer a crime anyone could commit. However, the main point is to show and emphasise how language and our choice of words can have such a profound impact.

Whenever someone uses the phrase ‘commits suicide’, it stirs up that fear and hatred. It scares people that they will be detained in some horror film asylum for attempted self-murder rather than being the kindness, understanding and compassion they deserve and need.  To me, ‘commit suicide’ is like nails on a chalkboard.

I try to highlight to people that while they are using a common phrase, it is deeply hurtful and actually causes more harm than good. Some people prefer the phrase ‘completed suicide’ although I prefer ‘took/ended their own life’.

Whether you hear it, see it or read it – I ask you remember this article and challenge it. Just as we would not accept homophobic, racist or sexist remarks. We all need to politely challenge the discrimination and say “No, No-one commits suicide”. 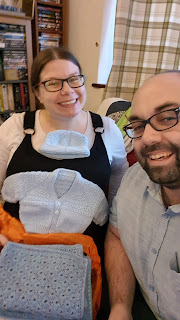 Thank you for reading my article. Please feel free to share it and consider reading some of my other posts.
Matt Streuli is a mental health writer and Mental Health First Aid Instructor. By day, he is a Secretary in the NHS. He lives with his Wife, two cats and is expecting his first child this May.

Find out more about my story at https://t.co/xvikMFGgk4#blogger #SuicideAwareness #mentalhealth #mentalhealthawareness pic.twitter.com/phUBDUuwrJ