Stigma is the scariest part of Live National TV #MentalHealthAwarenessWeek 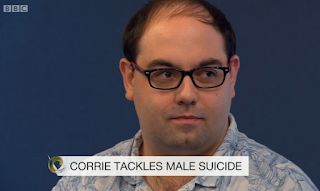 Sometimes I wonder if I should hide my identity. If employers and local gossipers google my name and become frightened of the monster I must be. It's a corner of my psyche I fight with every day like the anxiety of the withheld caller on your mobile phone. It can be really hard. Sometimes I apply stigma to myself through this fear.

I imagine going on Live TV is really hard but its even harder when you tell the world, with your face and name forever seen, that you tried to take your own life. I was asked to go on Victoria Derbyshire's show. I was overwhelmed. Going to the BBC and being on TV is an awesome level of epic. Plus I have been a shortlister for the Mind Media Awards for the past two years and have been very impressed with the shows efforts to talk about mental health. Using the recent storyline in Coronation Street, where the main character has been suffering suicidal thoughts for several months culminating in taking his own life, the show wanted to discuss whether openly talking about suicide using soaps is right and the way Coronation Street handled it.


"Just because it's hard to talk about, doesn't mean we shouldn't talk about it."

I was nervous. As we all would be. But this is putting my face on national TV. Not everyone reads the newspapers or listens to the radio but everyone would see this. What if I freeze? What if I'm stupid? What if no one cares? 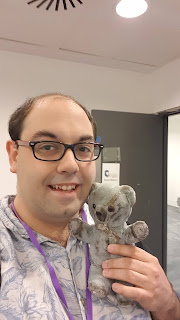 I made sure to get into Central London really early and my faithful Bluted helped keep me calm. I'd rehearsed in a mirror some of the key points I'd wanted to make but also an idea of what answers I would give to each question. The other guests and everyone on the production team were amazing. I felt put at ease. The makeup lady was lovely and engaging and the people on the floor cracked a few jokes to help us feel at home. I met my fellow guests, one from the Samaritans and one from the RadioTimes. The massive studio is much smaller in real life. Suddenly video clips from the soap are being played and Victoria is introducing herself to me.

Then it clicked. Everything fell into place. I didn't completely forget there were cameras but the years of amdram and being the pantomime dame paid off. I said what I felt and mixed in the phrases I had rehearsed with my reflection. Before I knew it, I was off. We spoke how respectful the show was and how fantastic and level the actors were. I was astounded by how this soap wasn't an over the top stereotypical soap - which is a difficult thing to do. The full video is below.

I have fond memories of "Mark Fowler" from BBC's EastEnders and I remember how he thrived, not just survived, with HIV. His story was hopeful, even with the traditional heightened drama of the soap world. We've seen the main character take his own life, now I want a character like Mark Fowler to give mental health the approachable and thriving view.

As quick as we started, it was done. Our mic packs were off and we were making our way out of the building. I had to get the tube straight back to Uxbridge and get to work!

I was buzzing. Maybe it was the tinted moisturiser but it wasn't until I was sat on the tube that the sweat started pouring.

I checked my social media. What did the world think?
The tweets were lovely. New followers proud that I have spoken so well. People sharing pictures of their TVs with my face on their Facebook walls. This is including people I had and had not prewarned to watch BBC2. For the next few days, I was on top of the world. I had spoken eloquently, made the points I'd wanted and no one hated me. In fact, people I barely knew or didn't know at all were sharing my tweets and video clips.

That feeling last two days. Maybe I'm sad but I had started to investigate who had posted or 'liked' my posts and tweets - or even those posted by others. The same few names were missing. From every post their names were not there. Names I felt should have been liking and sharing. Names I felt should have been shouting from the rooftops. Names, that if our places were swapped, I would have been sharing and liking their posts and even dropping them a text message of "well done". These were names I wanted to be proud of me. Yet one of them "hadn't had the time" to watch any of my live TV debuts. 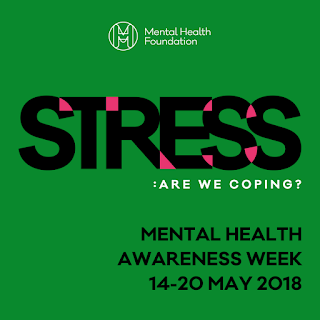 I launched a poll on twitter asking if I'm an embarrassment. That's the only possibility, right? Why else would you ignore such an achievement? Unless I'm not special or important to those few names. They had the effort and time to post about other things.  Things I consider them not as important as the male suicide crisis let alone moi on live national news TV. It really hurt me.

Therapy from years ago tells me to confront it. I think my life experience and maybe a bit of "Eureka from RuPaul's Drag Race" tells me to focus my mind and energy on things I can control. Why waste your energy on toxic feelings or people? I can learn not to expect this kind of interaction from those names and they won't hurt me again. I am learning that if those names are embarrassed by my life and triumphs, then maybe they don't need to be in my life. You have the power to choose who is in your life.

My future is strong. My fiancee and I get married in April next year. Those who support us and love us, who celebrate us; they are our true family.

I won't let those names hurt me anymore.

But it goes to show, the worst part of Live TV or even talking about your experience of mental health, is that there are some people who care more about fear, discrimination and stigma.
Maybe more than they care for you. 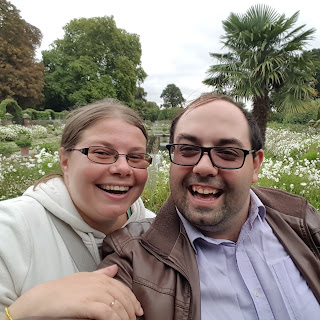