Are you desensitised to Suicide?

This post has been bouncing around the back of my mind for a while now. It started with a post on a local Facebook group wondering why there had been no news following a suicide at a local train station. Some of the comments were angry – why would there need to be news? What is there to be said? The person making the post was sincere in the reply they didn’t need the gory details but felt that a death like that is shocking moment and there should be some memorial or acknowledgment to the person who has passed.

Not just some sterile note that services were briefly delayed that day.

This has been bugging me. At times, I am actually quite furious about this. If the person had been subject to bad Doctor, it would be a shocking newspaper story. If the person had been attacked in the park, the press would have sounded the rallying cry for better policing and in turn better funding.
So, where is the article and the shock that our mental health system is failing? Where is the rallying call where we bang on the doors of those MPs who feel their duck pond is more worthy than our brothers and sisters?

Do we really now live in a world where a Suicide on our railways is no longer a tragedy, but just a delay to the chaos commute? Is that the kind of world you want to live in?

I’ve touched upon this before on my blog. I remember the revelation when I found out that suicide is and has been the biggest killer of men and teenage men for decades. Mental Health isn’t some new problem. This has been going on for decades. As a society, we took the fight on with TB, Cancer, and AIDS. Where is the anger and revolution to take that social fight to mental health?

In my own story, I’ve broached how if it was 2019 and not 1999, then safeguarding would have triggered a response by the School, NHS, Police, and Council. Perhaps this will save some of the youngsters from entering the desolate paths that lead to the adult mental health crisis – or at least give them a more stable route with better chances.

Is suicide so common that we don’t actually care anymore? The World Health Organization says that ”Suicide is a global phenomenon”. Globally, it is the second leading cause of death for 15 to 29-year-olds. Why have we just accepted this?

Things are changing. Change isn’t always quick. Statistics for 2017 showed that certain suicide rates were down – some even at the lowest recorded.

Suicide is preventable. A short conversation with someone who may be struggling to cope can go a long way, and might even help save a life.


My Mum's boyfriend took his own life in the few months after my Mum's death at a train station. As an adult, I searched his name. Maybe records from 2004 aren't interesting enough for the internet, but the only trace of his existence was as a mark on a chart. A chart showing suicides by train station by year in the UK. He wasn't even a person anymore. Just a statistic. I understand families may want privacy but perhaps local press could publish a celebration or memorial to that person so the wider public feels that the delay to the 08:29 was actually the end of life, not just a nuisance. 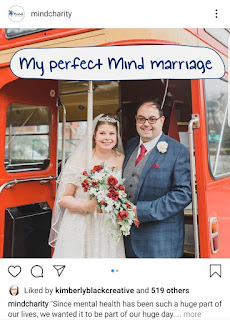 Talking is one of the biggest ways you can make a difference. Whether it is asking someone, twice, if they are OK or maybe reiterating this article, talking is a key way that you can help save these lives.
In 2015, I was at my all-time low. I had nothing left to lose so I gave life a chance. We need to help people before it reaches that stage because I’m very lucky I’ve managed to recover to where I am now.

Find out more about my story in the article I’ve written for Brides Magazine. I’ve also written an article on the Mind website.