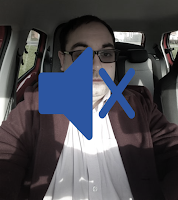 Based upon reading back on my past blog posts and tweets it seems that my 'black patches' seem to occur every four to five weeks. In case you are new to my story - welcome by the way - I go through ups and downs or  I tend to think of a cycle like a radio wave and the difference between my radio wave and yours is that my troughs go alot deeper. I feel okay but I can see what's coming and frankly I wouldn't be surprised if it isn't a storm I won't ride out.

My credit card debt is growing. To try and make my pay last that little bit longer, I had been moving my spending to credit rather than debit. I have no idea if it was luck or skill but the money I had not spent plus my statutory sick pay was just enough to cover my mortgage which leaves my overdraft to hopefully handle the water, gas and TV.
I have my change savings jar which I will have to use for bread, milk and that ever increasing prescription fee. On a slight tangent, I know I shouldn't complain about the NHS prescription fee given that my meds would cost over $40+ in the US so at least I'm saving around £11 depending on the exchange rate. At the time of writing this, I am due to make a payment on my credit card but as I'm already in overdraft, I'm not in a position to make any payment let alone the minimum. I doubt any bailiffs will appear for a while but, and it could be my anxiety, I feel like I'm falling past yellow alert.

I write all of this with some frustration yet hope. Thanks to ACAS, we have been close to resolving my employment situation - something I'll let you read up on from my past blog posts. It really looked like there was an end to this long drawn out blockade. However, I carefully read anything before I sign it and there in the terms was a 'gagging' order. It would prevent me from ever telling my story. I've never said anything insulting and I have no intention to. I've not named the company or persons  who I hold accountable and with the agreement we've reached I do not want to.  I can understand the poor solicitor sitting opposite me who is under pressure to silence this threat. Whilst a tribunal would be messy and expensive for me, the cost of shutting down a vital department to attend the tribunal hearings and the embarrassment of being named in public court records is something they would prefer to avoid.

Saw my GP... Didn't seem too worried about me.... Despite the fact I explained I'm out of money and being dragged along like shit.
— Matthew E Streuli (@mattstreuli) February 29, 2016


Perhaps it is the pessimist in me? I know things could be worse and I know I'm OK for this month and but it feels like its coming over the horizon. Even with this and that I'm due a black patch, I will never sign an agreement that completely prevents me from telling my story. Silencing victims would only perpetuate the stigma of mental health.

The illness sits on my shoulder holding a file. A manila brown file with papers inside. Another option that without my illness I might ignore. Whenever I find myself panicking about missed direct debits  and how it all leads to my life falling apart with repossessions and bailiffs, it waves that file. It might seem alien to you but I feel some comfort knowing that I would rather kill myself than allow that to happen. The stress would be over with no fears for the future and as a bonus: if a tribunal is embarrassing, stressful and expensive; a public suicide and subsequent inquest much more so.

As I started, I feel OK and there is hope. I had a job interview last week with another this week. I could have two job offers and one of them has a higher starting pay than what I was on when the 'incident' happened. It could all pan out that I end up with a new job and income before utilities complain too much. I could also win the lottery or find my blog suddenly goes viral and media stuff pays the bills. Perhaps it is my illness but disaster seems the most likely. The tornado isn't quite here yet so no need for red alert; I'll stick to Purple for now.

Thank you for reading and sharing my blog on your social media. Comments are always welcome and I read every one. Thanks again.


I cannot sign a gagging order that prevents me from telling my story and the truth. I have not and have no intention of...
Posted by MattStreuli.uk - Mental Health Aware on Friday, 26 February 2016

* Please Note: I write my blogs as it helps me process how I feel and in that way is theraputic. I'm not asking for money or attention and I hate feeling like I owe people things. That said, if you need someone to talk on mental health and there is money or at least BFH (bus fare home) in it, then I would love to help. I like to give yet not keen on receiving!
Written by MattStreuli.uk