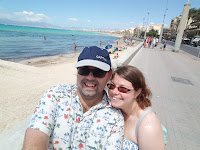 There was a time, not too long ago, where someone being rude to me and unfair or unjust would have lead me to spiral into a depressive episode full of self harm and unvented anger. There was even a time when it only needed a perceived injustice from my oversensitive mind to trigger all of it.
This post may of taken over a week to write (partly due to my ongoing cough/cold/chest infection, part holiday and part processing what happened) but I think we should take time to assimilate and reflect.

He replied with a “Yes” and slow hand clapped until I left the store. I felt angry, humiliated and mocked.


The story begins at Gatwick airport while we are 'en route' to our lazy summer holiday in Spain. The scrutiny of airport security already increases your anxiety; not because I have anything to hide but rather what could I of left in my bag by mistake. Once through you check the screens to see that the Gate isn't there yet. In this world of budget airlines and accountants making every second pay, the pressure of getting to the gate in the microseconds allocated is enough to make anyone's anxiety pop. You have time to kill, so you think, so you browse the duty free...

At around 0430hrs I entered a large branch of a well known UK Tech Store potted a pair of Marshall Major II Wireless headphones. On the price peg label was a promotional sign echoing the pop-up banner outside the store.

The price label for the headphones showed £129.92. Being a savvy shopper and a lover of tech I opened the Amazon App and scanned the product barcode. The first result, whilst being eligible for Amazon Prime and Fulfilled by Amazon was not actually sold by Amazon but a Third Party Seller. A quick look in the More Sellers showed Amazon.co.uk selling the item themselves for £120.00  This means that I have found the same product cheaper at one of the comparison retailers so I should get double the difference. Right? 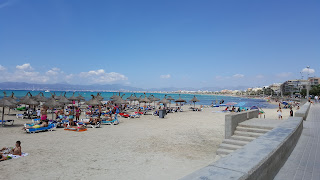 I approached the till and asked for this. The member of staff passed me to a gentleman saying he was a Manager. He refused to honour the offer. This is very confusing. I tried to clarify if he was implying that Amazon Prime is a Third Party Seller, which of course they are not. He agreed that Amazon Prime is part of Amazon. The only reason he could advise me he was refusing to honour the promotion as advertised is because Amazon Prime gives me free delivery. Given that Amazon Prime is a service provided by Amazon and not a ‘third party’ I believe it is fraudulently misleading to not honour products sold by Amazon themselves which are included in the Prime service, such as this example. No exclusion to Prime members or products which are included with or eligible for Prime is listed on in-store Point of Sale promotional displays or on the website.

I was angry. I've worked in Customer Service for some major brands and so I think I have a good understanding of UK law. What is happening is unfair and illogical. I think that's why it wound me up so much, there was no valid or intelligent reason. I didn't want him or the company to get away with it. It's fraud. It is promising something to the public they are not willing to keep. It is as simple as that. Having seen customer service from both sides of the counter in many different industries I know that often the loudest customers get the most support and appeasement. I am not a loud person but I have grown enough to stand my ground without having an anxiety attack... right?

I attempted to explain that there is nothing forbidding me the same promotion as non-Prime customers or showing that Amazon Prime products are excluded on the POS displays. This was infuriating so I asked to make a complaint. I asked him for his full name several times until he gave it and when asking for a Branch Manager’s name he told me to write to “Gavin Wood”. At the time I assumed Mr Wood was someone in store but from research I understand he is Head of Operations for the parent company.

I asked him one last time; “Are you refusing to give me the offer your display promises because it is Amazon Prime and the posters say Amazon?” To this he replied with a “Yes” and slow hand clapped until I left the store. I felt angry, humiliated and mocked.

I am completely sure that either the Point of Sales Displays are incorrect and “materially misleading” or this staff member is in breach of the promotional terms and as such ‘conning’ and 'bullying' the brand's loyal customers.

I'm angry. I would never allow anyone, whether more or less senior than me, to talk to a paying customer like that. It hurt. I can happily admit that I had been firm and stood my ground. Perhaps he felt like he was being interrogated but a manager should have the training, skills and the intelligence to handle and deescalate such a situation without resorting to childish bullying. We live in a modern, equal 21st century world and why should I or anyone have to accept it.

I power walked to the smaller of of the two outlets at Gatwick North and I spoke with someone dressed as if they could be a manager (not in standard uniform). At this point I would like to commend that person for her handling of this situation and helping me calm down. She was obviously shocked by her colleague’s behavior especially for, in her words, “the sake of £9”. Once I was calmed down she left me with her colleague whilst she went to the other branch to speak with the staff there and retrieve the product in question. We both quickly looked at a A5 sized Point of Sale display showing the offer. In the end she sold me the headphones, timed at 05:13hrs, matching Amazon’s price of £120.00.

I felt some sense of justice. I had stood my ground. I wasn't rude but I didn't let someone bully me. Then sheer panic. We are in an airport, waiting for a flight.

Blue_Smudge and I then ran the normally 10 minute walk to our gate to catch our flight only to be told the doors were closed minutes earlier. We had missed our flight.

Over the course of the next 2-3 hours we both queued to collect our bags, pass back through UK Customs and Border Control and then at customer service to try and get on a different flight. At the cost of £80 per person we then had to travel separately on two flights later in the day to our holiday Palma. This is all because one person illogically refused to honour an offer without reason and then proceeded to bully me. Or is it my fault for standing my ground? Is this Karma or whatever saying "life is unfair" and I am an unimportant cog in the wheels of life. As we sat back in departures waiting for check in for our two separate flights, I could feel that depressive spiral growing even with my anti-anxiety medication.
I could end the story here but as you can see we did finally get to Spain and have a lovely holiday. You may have even seen the video at the bottom of the post with a ring in it!

In the end my replacement flight was delayed over 3 hours (a window fell out the aircraft and they had to send a replacement aircraft! Fills you with optimism...) so I arrived at roughly the same time as Blue_Smudge. As we were now very late our transfer was long gone but the taxi fare wasn't too bad.

At the time of posting this we are back in the UK, and I still have this chesty cough and sinus thing blocking my lungs, ears and nose. I have spoken through formal letters with the Head Office of the retailer involved who has explained that Amazon Prime products, as long as they are sold by Amazon are included. Perhaps the confusion comes from the fact that some products can have Amazon Prime but be sold by a Third Party. I have not named the Brand or the Parent Company as I have no reason to, I sincerely hope this was one bad member of staff in a branch which misunderstood an offer. HOWEVER, I have asked them to reimburse me for the extra cost (£160) of changing flights and as i only received a 'price match' then I am due further reimbursement to the 'double discount' offer. I hope we can all have a happy ending and I can remain a loyal happy customer.

If nothing else we had a good holiday... except our hotel to airport transfer didn't turn up and our homeward flight was delayed a little bit. 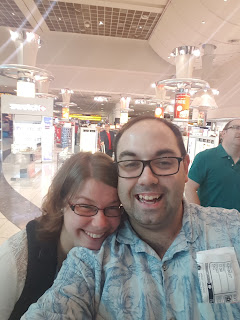 I am proud that I stood up to injustice. I feel so close to actually getting justice. Part of me wonders if I had kept quiet and just accepted the bullying, we would of had a less stressful and late start to our lovely holiday.

The medication helped. The therapy and support from the NHS helps. The love and support from my friends, family and cat has kept me afloat and given me passion to fight. The person who has made a massive, perhaps the biggest, impact on my life is Blue_Smudge. She understands me and facilitates me. An engagement is in the future but I wanted to make a gesture to show how much I value and appreciate her love and freindship and how deeply I feel it towards her. A Promise Ring.

NEW VIDEO! In which we review our room after a horrible day with @easyjet https://t.co/cVsPiDTpRQ
— Matt Streuli (@mattstreuli) August 10, 2016

Organisation an event in your workplace to encourage people to be open about mental health. https://t.co/g72evcyNkY
— MINDFUL EMPLOYER (@mindfulemployuk) August 16, 2016